The FIR of Model Town firing incident has been registered at Faisal Town police station of Lahore on court orders, on Thursday.

Chief Minister of Punjab Shahbaz Sharif had directed the police to register the case of the Model Town incident.

In June 17 bloody episode at least 17 persons were killed and over 80 were injured in police firing.

Prime Minister Nawaz Sharif, Chief Minister of Punjab Shahbaz Sharif and 19 others have been booked in the case.

Lahore Sessions Court had ordered the police for registration of FIR against 21 high profile accused in the case including Prime Minister, Chief Minister and scores of federal ministers.

Four federal ministers who had been nominated in the case had challenged the lower court’s decision at Lahore High Court. The high court, however, maintained the sessions court’s decision. 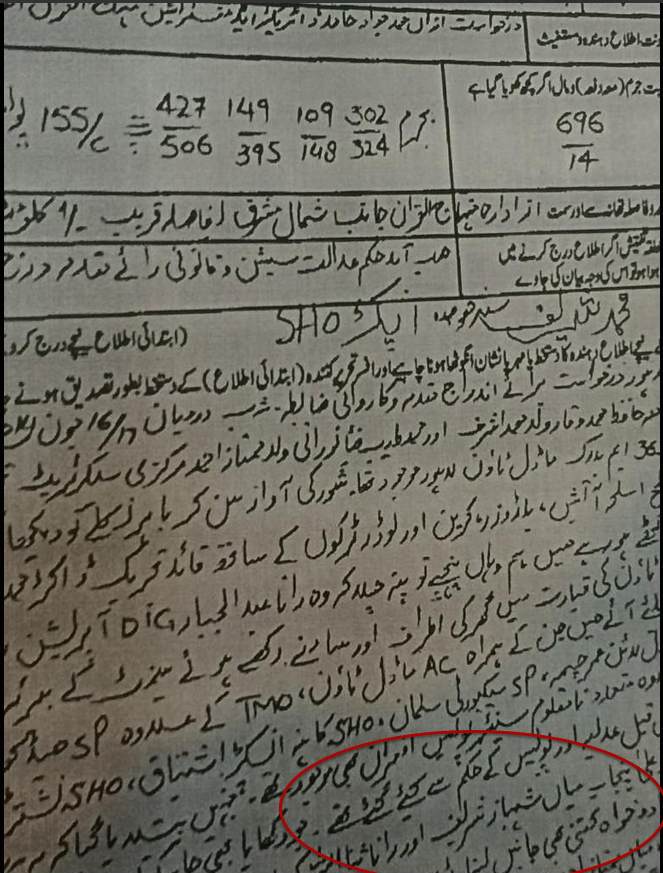