At least five more persons have been killed in different parts of Karachi on Tuesday. An old person named Naeem, was killed and another injured near a shop at Liaqatabad no -10 . An armed man intruded in a house near Nagria Mills in Landhi and shot dead, Ilyas jan and seriously injured Naila.

In another event   Irshad 35, was also targeted by an unidentified assassins in Haroonabad, Naveed 30, was gunned down in Garden area and 30-year old Nisar lost his life in a shooting incident at Rehri Goth of Landhi Town. 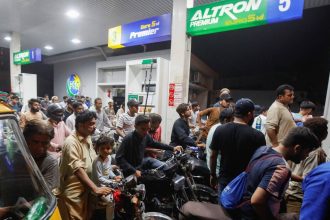