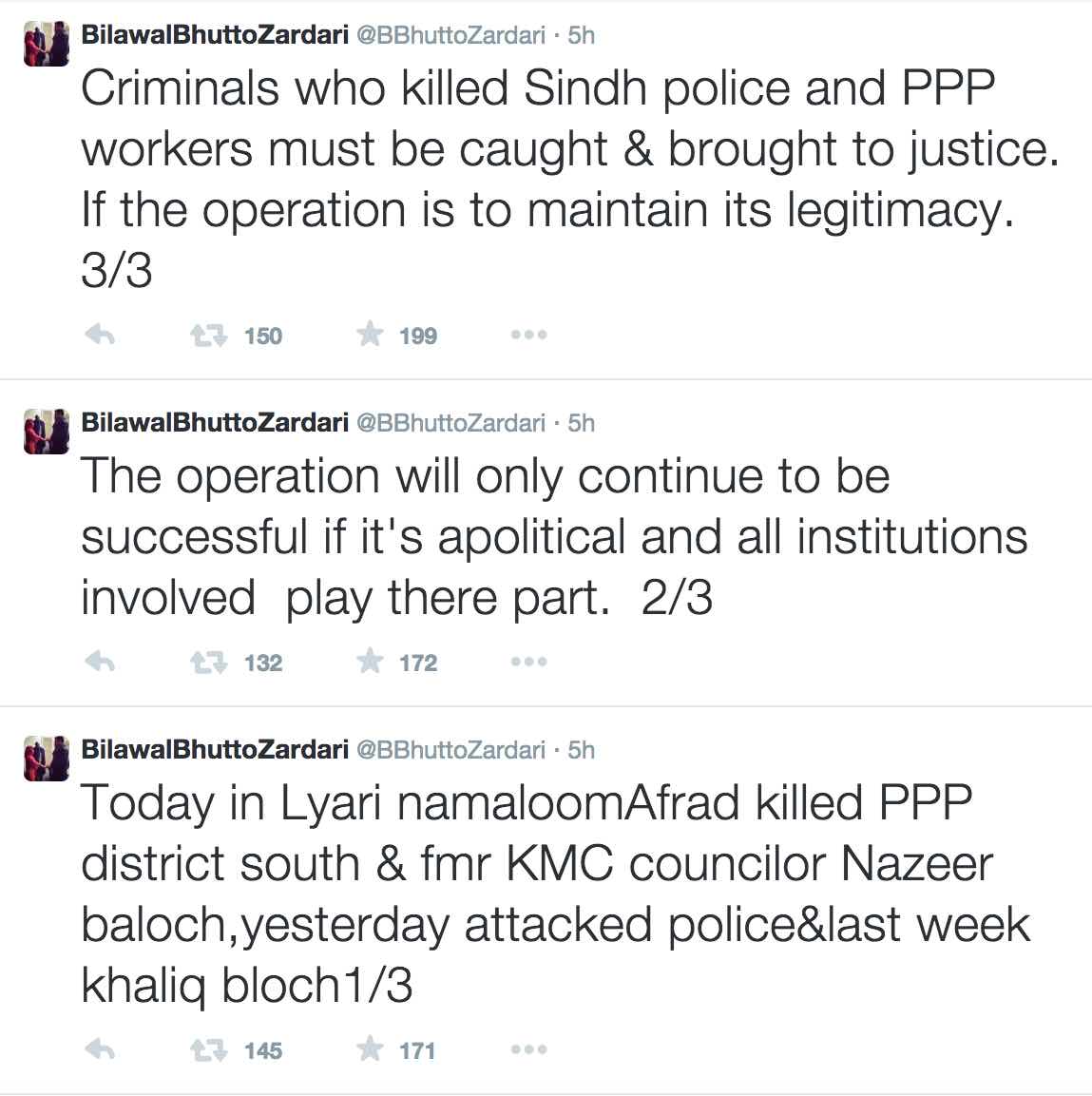 BBZ demanded the accused must be caught and brought to justice.

Commenting about the Karachi Operation, he said the Karachi operation will only be successful if political institutions and other departments function with responsibility.