The Samsung Galaxy S5 fingerprint scanner was put to test by researchers at Germany’s Security Research Labs. The researchers took a fake fingerprint or a spoof of the original print and were easily able to hack the scanner.

Smartphone makers are experimenting with different techniques to unlock devices and secure sensitive content. While facial recognition and voice recognition techniques are also under consideration. 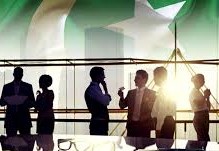