In the second Test, Aussie captain Michael Clarke asked Steve Smith to mind his ow business we he had a friendly chat to Pakistan batsman Azhar Ali.


The incident occurred when Smith, who was fielding pitch side, had a friendly yarn to Azhar, Clarke gave him a rock. 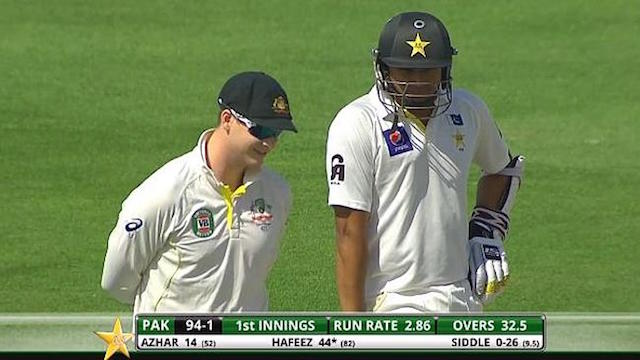 Steve Smith has a friendly chat to Azhar Ali 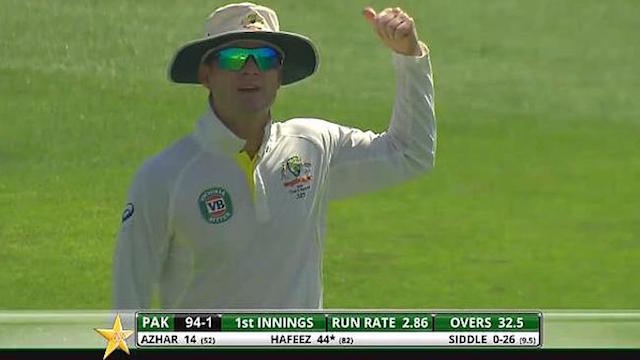 Steve! your  friends are upstairs.. 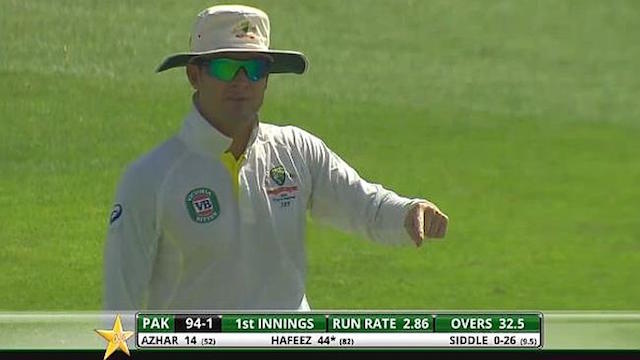 Commentator and former Australian Test player Dean Jones said “So he told him to zip it and he’s just copped a rocket from the captain. Not a nice feeling”