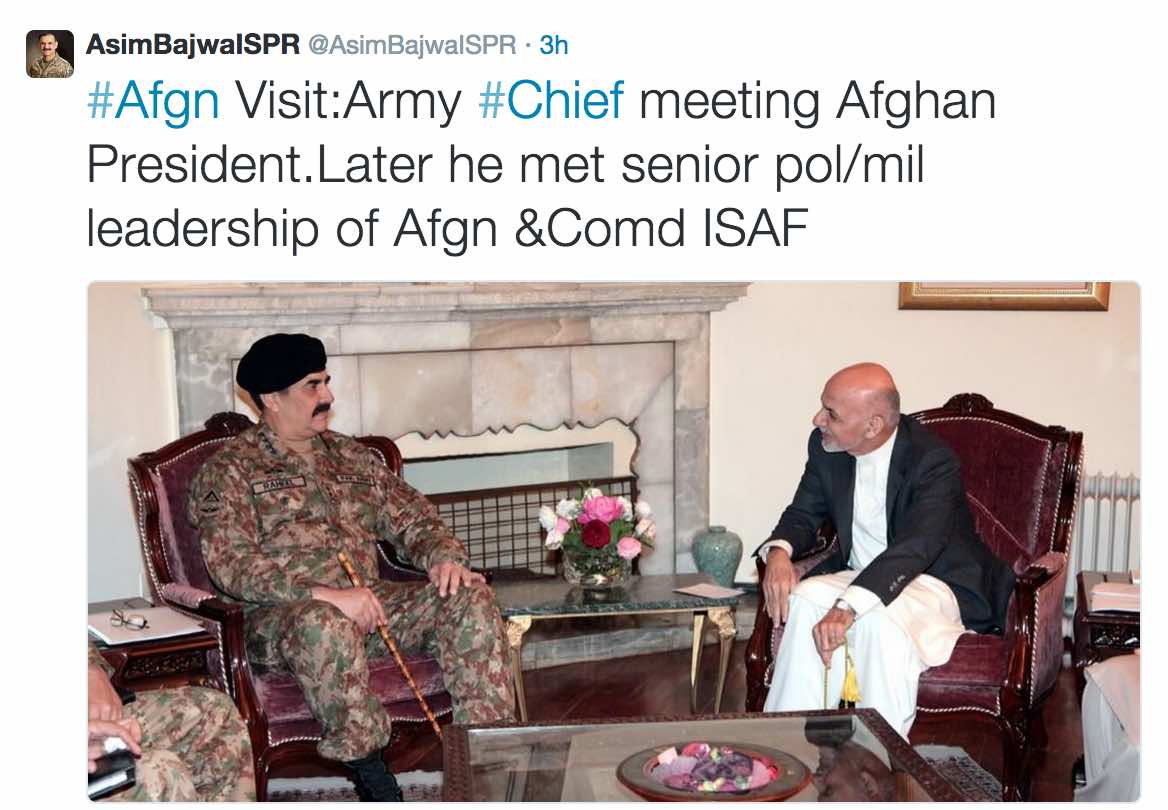 According to a military sources, during the meeting with the Afghan President, COAS emphasised that a peaceful Afghanistan is in the best interest of Pakistan.

The ISPR in statement stated “It is a historic opportunity for both the neighbouring countries to come closer as stronger Pak-Afghan ties will go a long way in restoring regional peace,”